So you want to be a paediatric surgeon? 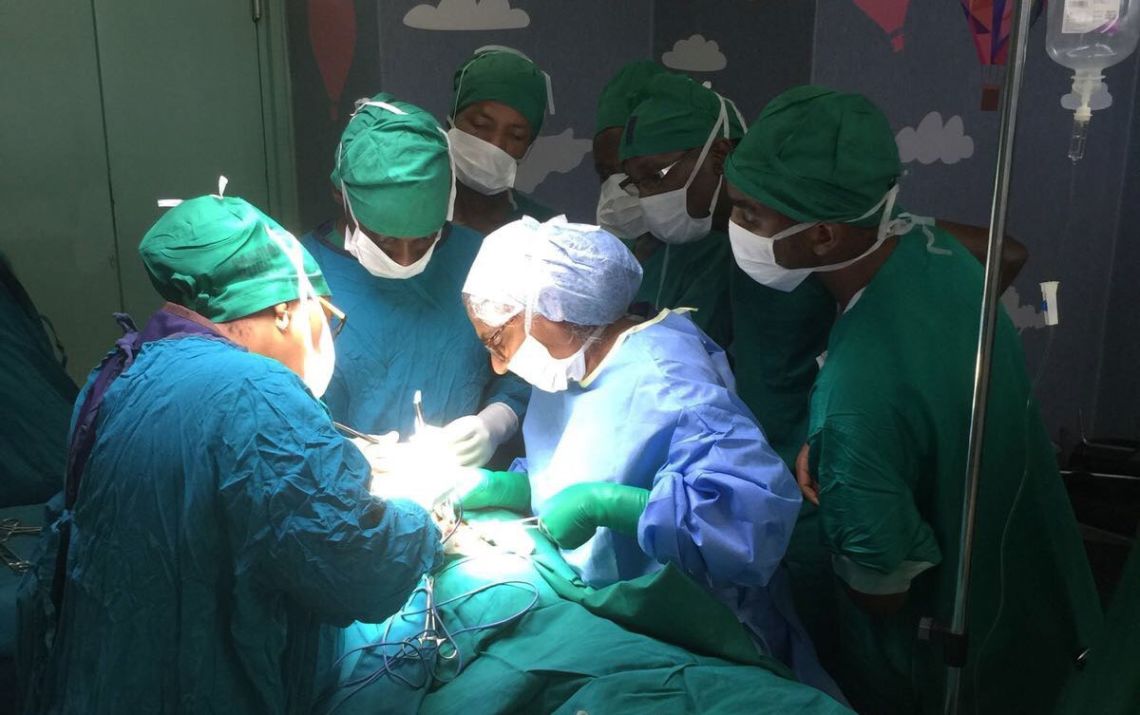 This is not an easy decision to make. There is very little exposure in medical school; relatively few junior jobs and all the tertiary centres are in large regional centres.  Most training rotations usually require a move during the period, even those based in London involve some kind of smaller centre such as Norwich or Cambridge. Though obviously related and descended from adult general surgery it now differs in so many respects. So, how do you find out if it is for you? And how do you get into the specialty if it is?

Paediatric surgery is often thought of as the cross over between Paediatrics and General Surgery. In truth it is very different from both in breadth of practice, philosophy and personalities involved. Paediatric surgery has been described as the “last true bastion of general surgery”. While adult General Surgery have gone completely down the sub-specialty route with upper GI, HPB, Colorectal, Vascular, Breast etc. this is not so in our specialty. Most people would regard it as favourable point that we still train in aspects of head and neck, thoracic, abdominal and even gynaecology. At consultant-level we have split into oncology, urology and hepatobiliary surgery but still most cover the general emergency take and will continue to do so for the foreseeable future. Adult surgeons by contrast even if they do an emergency “take” tend to refer on the morning after. We do as paediatric surgeons cover a plethora of anatomical regions, operations and age- groups. In any given week on-call a paediatric surgeon may do a laparotomy for necrotizing enterocolitis on a premature neonate born at <1 kg or fix a congenital malformation such a oesophageal atresia, then onto an adolescent with appendicitis or a traumatic injury pausing only for swift cup of coffee as light refreshment. The rare is the norm in our specialty.

There may be differences in personality perhaps.  Certainly, empathy is held to be key to relationships with parents and children alike. The cliché of a surgeon marching through the wards briefly stopping by each of their patients before leaving via a back entrance for some gilded private practice has disappeared. Ours is a service with great links to many other professionals and colleagues: neonatologists and anaesthetists; paediatricians and physiotherapists; psychologist and social workers. It’s a multidisciplinary field these days with multispecialty team meetings and requires strong interpersonal and communication skills for effective interaction with new parents of a premature baby through to those conditioned and seasoned parents of the chronically ill or disabled child.

How to find out more?

Though some medical schools and foundation training programmes do include placements in paediatric surgery these are few. Most established medical schools, offer the facility of a student selected component (SSC) or project in a paediatric surgical field of interest and this may be a good entry point to those who are tempted.

Approaching your local paediatric surgery unit to organise taster periods (time for these are provided for during foundation training) or projects are widely welcomed. Many universities organize careers fairs with  paediatric surgeons available  for advice and our TRiPS organization are happy to support and maybe even help organize speakers or contacts.

There are some paediatric surgery themed core training (CT) posts available. These are in London (north and south), Oxford, Southampton, Norwich and Bristol to name just a few. There is normally only one or two posts per region so they can be competitive. Ideally they should be allied to at least 12 months of adult General Surgery. If you don’t have one of these rare beasts don’t panic. Surgical exposure through adult general is the most important experience in core-training and you can still approach your nearest paediatric surgery unit as described above. Another avenue in is that many district general surgeons on the CT rotation may have a paediatric surgical interest.

We advertise courses through the BAPS, ASiT and RCS websites and circulate these through TRiPS mailing lists (email:  tripsrepuk@gmail.com to be included). The ASiT conference provide pre-conference courses of which paediatric surgery is one and also a ‘specialty village’ in which you can speak to one of the National TRiPS representatives. There are also Preparing for a Career in Surgery (P4CS) courses run by the Royal College of Surgeons and ASiT and attended by TRiPS reps that have received good feedback. We are, of course, happy to field questions via our email or twitter accounts too.

What is Paediatric Surgery “Shape of Training”

The concept and initial recommendations for Shape of Training by David Greenaway appeared in 2014, and have been built upon subsequently with a Royal College response for surgery (in general) published as “Improving Surgical Training” and the setting up of special pilot sites in general surgery, urology and vascular surgery. As yet paediatric surgery has not featured.

So, currently the training is standard ST3 level recruitment following Core Surgical Training at National Recruitment interviews. Though ST1 run-through training is due to be piloted in a few regions.

However, the training deaneries (consortia) are set up differently from other specialties. The limited number of centres providing paediatric surgery and the breadth of learning required means that the consortia are much larger. The map (FIGure ) shows the consortia and how many training numbered posts in each centre. During the 6 years of training each trainee should rotate through small units for day case operating exposure as well as large specialist centre and should gain at least one 6-month placement in each of Oncology, Urology, Thoracic, Upper and Lower GI surgery. This may entail more movement around the country than you might expect in other disciplines where you would be confined to smaller deaneries and probably only a couple of centres within that.

It is also important to note that not all consortia have numbers available each year. So a job in an area you wish to live and work may not come up when you apply. Interdeanery transfers are possible but there are strict eligibility criteria.

Much like for foundation and CST, trainees are assessed on regular work-based assessments throughout the year with annual ARCPs to monitor progress. Progress is measured against these assessments, index cases, research and clinical governance activity. Compulsory courses and publication requirements are due to be removed from the Certificate of Completion of Training (CCT) requirements. Currently the recommendation for trainees to sit the FRCS (Paeds) once they have received a favourable ST6 outcome and are signed off for the exam by 2 consultants. For more information on the exam see [insert internal reference link].

Paediatric surgery has been traditionally one of the more competitive specialties. Usually releasing around 15 numbers per year (UK wide) once all numbers that have been released in the year following National Selection are included (though this fluctuates). The competition ratio was 4:1 in 2019. National recruitment is run through the Yorkshire and Humber Deanery:

The application consists of an online self-assessment form which assesses eligibility and will form the basis of the Portfolio Stations at Interview. Candidates are no longer short listed so all eligible candidates will be offered an interview. To see if you are eligible see the personal specifications within PDF on website.

The latest survey suggests that only 40% of current trainees got their training number at the first attempt. So do not be disheartened if you do not. Work as a senior clinical fellow in paediatric surgery and either neonatal or paediatric intensive care experience are highly recommended before getting a number and these are obviously hard to come by within core training.

What Can I Do to Improve my Chance? 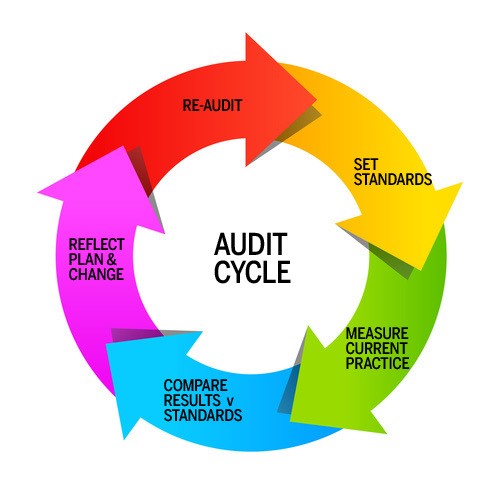 Step one in making yourself the best candidate for any interview is read the personal specifications and strive to achieve as many desirable qualities as possible. As discussed some will be unachievable at different levels of training but it is important to do the ones you can; such as audits, courses, presentations, teaching etc. From a skills point of view getting time in theatre and using surgical tools in invaluable whatever the specialty. Some, such as plastics or adult general, may prove more useful at a junior level than paediatric surgery itself. If you get stuck into your junior jobs and are involved in audit, quality improvement projects and teaching at a local level, keep a log book, practice basic lap skills and your hand tying, do the key courses such as APLS, ATLS, CRISP and BSS, and have your MRCS sorted then you are most of the way there. This sounds simple but there are more points on applications for completing audit cycles than a PhD. This may mean going back to previous placements to sort the re-audit but it’s worth it. 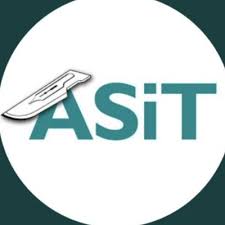 There are interview preparation courses available, such as Preparing for ST 3 Interviews (P4ST3) or the Paediatric Surgery Skills ASiT Pre-conference course. In fact, BAPS sponsor a Paediatric Surgery Prize at the ASiT Conference. These may help with the communication skills, clinical scenarios and academic stations.

If you intend to take a “CT3” year or have one thrust upon you do to not getting a number, then there are usually plenty of clinical fellow jobs around for Paediatric Surgery, NICU or PICU which are the best ways to correct any issues you had first time round or improve on them from Core Training. These will be advertised through the NHS Jobs Website.