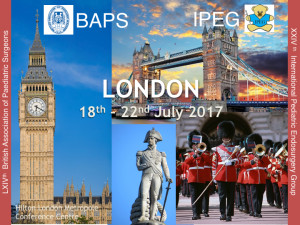 Amsterdam seems a distant memory as we look ahead to 2017. Our dates for our 64th Scientific Meeting have been announced. 2017’s Congress will take place from the 19th-21st July at the Hilton Metropole, London in conjunction with IPEG. We will be opening for abstract submissions earlier for 2017 and will also open registration early. Please look out for further announcements.

It is with great pleasure that we announce the prize winners at this year’s congress: 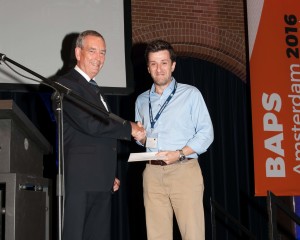 For best basic science paper by a trainee was awarded to Stavros Loukogeorgakis from ICH,London and Department of Development and Regeneration, Katholieke Universiteit Leuven, Leuven, Belgium, for his paper on ‘DELIVERY OF VASCULAR ENDOTHELIAL GROWTH FACTOR WITH BIOCOMPATIBLE NANOPARTICLES REVERSES STRUCTURAL ARTERIAL ABNORMALITIES IN THE NITROFEN RAT MODEL OF CONGENITAL DIAPHRAGMATIC HERNIA’ 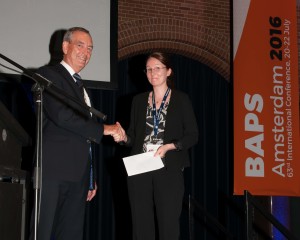 For best clinical paper was awarded to Anna Kerola Children’s Hospital, University of Helsinki and Helsinki University Hospital, Helsinki, Finland, for her paper on ‘DIFFERENTIAL PROGRESSION OF LIVER FIBROSIS IN SYNDROMIC AND ISOLATED BILIARY ATRESIA‘

(Voted for by delegates) was awarded to Molly Gilmartin, Oxford University Hospitals NHS Foundation Trust, Oxford, UK for ‘TISSUE CRYOPRESERVATION – EVALUATION OF A NEW SERVICE AND EXPANSION VIA A THIRD PARTY MODEL’ 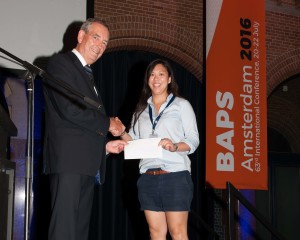 We congratulate all our prize winners, and thank all the presenters for their contribution to the scientific programme.