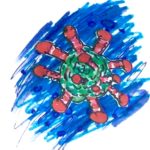 One of the crumbs of comfort imparted to us all during the current pandemic has been that…”it doesn’t affect children” or that if it does the symptoms are “mild and fleeting”.  It seems this may not be so and in past weeks it has been evident to us in London that there is a new menace which could have an impact on paediatric surgeons. 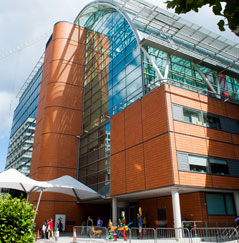 Only about 3 weeks ago cases started to emerge, particularly from South London, with a common pattern of fever, diarrhoea, abdominal pain with raised CRP levels in some cases mimicking surgical pathology. In some cases, a laparotomy was actually performed.   Recognition that something unusual was happening emerged when cardiac features mimicking Kawasaki syndrome were identified. Confusingly only a proportion appeared to be COVID +ve. The first 8 children were written up and published in The Lancet last week by the retrieval team and intensivists at the Evelina Children’s Hospital.  So far, there have been a further 16 children admitted from the London area now recognised as possible candidates.

Clinical Features – What Do We Know?

Firstly, the age range is wide from 4 to 14 years in the original report, though an infant has been reported from Bristol. None appear to have predisposing illness or theme and yet a majority come from a BAME background – though this is South London after all.  Gastrointestinal symptoms, such as vomiting, pain on swallowing, and diarrhoea together with abdominal pain are the commonest kind of presentational scenario – hence the involvement of paediatric surgeons.  Muscle pain is noted in a few.

Fever is common to all and there may be some overt signs such as conjunctivitis and a rash.

Investigations – What Can We Find Out?

There is laboratory evidence of some kind of distorted hyperinflammatory response going on with raised WBC (↓lymphocytes ↑neutrophils), CRP (typically >300 mg/L), procalcitonin, triglycerides, ferritin and D-dimers. Elevation of cardiac enzymes (creatine kinase, LDH) is again a common feature. Sepsis due to other bacteria and viruses has to be excluded.

Cardiac imaging may show ventricular dysfunction and in a few cases “brightness” of the coronary arteries and dilatation leading to aneurysm formation – again very like Kawasaki syndrome and usually after discharge from a PICU.

The virology appears confusing with only about half proving positive on COVID-19 PCR screening. But, and it is a big but, later antibody-based tests showed positivity in all.

Management – What Can We Do?

In short, it’s all about early recognition and support.  Refractive “warm” shock is common requiring noradrenaline and milrinone for haemodynamic support in some cases. Significant respiratory failure is NOT seen – obviously unlike that of the adult response to COVID-19. Patients may still require ventilation for support and in at least one case in the Evelina series – ECMO. Ceftriaxone and clindamycin are universally prescribed as for Toxic Shock syndrome; intravenous immunoglobulin (2 g/Kg) aspirin and steroids have also been given.   Though most recover and can be discharged from PICU there has been at least one death though that child, the proband of the report was a 14 year old boy that was only confirmed and proven to be COVID-19 +ve at post-mortem.

Affected children develop a hyperinflammatory response to COVID-19 and it is this which causes the damage – not the initial viral insult.

Given the pandemic nature of it all there MUST be other cases out there and the advice is to be vigilant and involve tertiary multispecialty centres early for recognition and treatment. Of course it should be emphasised that appendicitis still happens….but you knew that anyway!

The full paper can be freely accessed in The Lancet.

The Royal College of Paediatrics and Child Health provide an updated summary of paediatric-specific research and a specific reference guide to this syndrome.

(My thanks to Dr. Hannah Baynes, consultant paediatrician at Kings for tuition).

View the presentation of clinical features and management of ‘the Syndrome’ by the South Thames Paediatric Network.