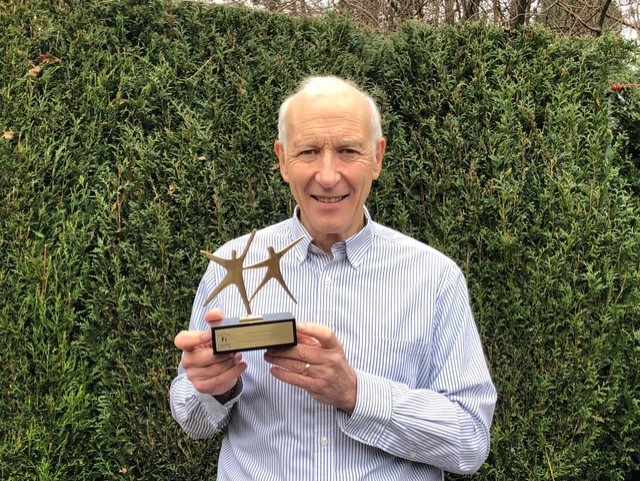 Graham Slater, who will be known to many BAPS members for his tireless work in facilitating dialogue and collaboration between paediatric surgeons and patient support groups, has received the 2022 EURORDIS (Rare Diseases Europe) Volunteer Award at the EURORDIS Black Pearl awards.

Graham was born with OA-TOF and is one of the very earliest survivors not only in England (his repair was performed by Mr Ambrose Jolley in Manchester in 1953), but anywhere in the world. Although when he was growing up, there were no support groups, he has had a long-standing involvement with TOFS and is currently Trustee and Honorary Secretary. As if his work with TOFS isn’t enough for someone who should be enjoying his retirement, Graham is also extremely busy working with the Esophageal Atresia Global Support Group (EAT), the European Reference Network for Rare Inherited and Congenital (ERNICA), EURORDIS and the International Network of Esophageal Atresia (INoEA).

We congratulate Graham on receiving this well-deserved award and look forward to continued collaboration with the BAPS membership.