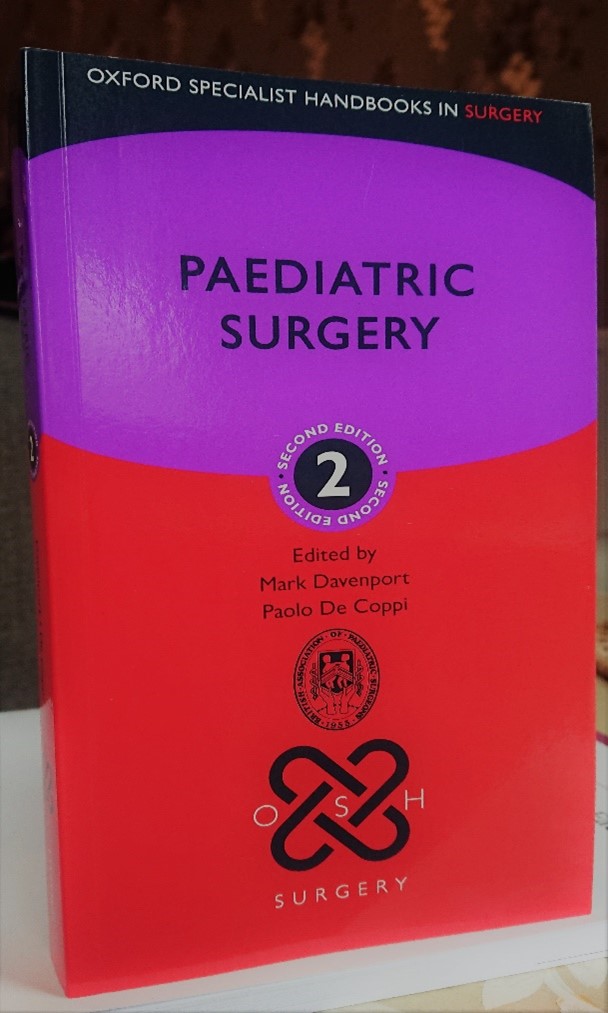 The BAPS-sponsored specialist handbook of Paediatric Surgery is now available from all good retail outlets (e.g. Blackwells (£42.52) and the Amazon website (£44.99).

The 1st edition was published in 2009 and was a BAPS initiative with the aim of a providing a condensed but considered resume of our field in a handbook format and written by a wide selection of UK BAPS members. It was aimed at UK trainees primarily as an aid to passing the FRCS (Paed Surg) but was also useful to other tribes and found in departmental libraries and nursing stations.

The ethos was and is to present information in a clear didactic style reflecting UK principles and practice.

So what are the changes?

All chapters have been thoroughly updated mostly by authors now senior and at the top of their game. New chapters and sections have been added reflecting new priorities and new developments with an extra 40 pages squeezed in. So, there is a whole new section on Tropical and Overseas Paediatric Surgery reflecting the desire of trainees to travel, recognizing the international origins of many of our BAPS members and the rapid rise of Global Surgery. Other new chapters have been written on bariatric (Ashish Desai) and robotic surgery (Munther Haddad and Alex MacDonald).  Each showing you how to lose both weight and money!