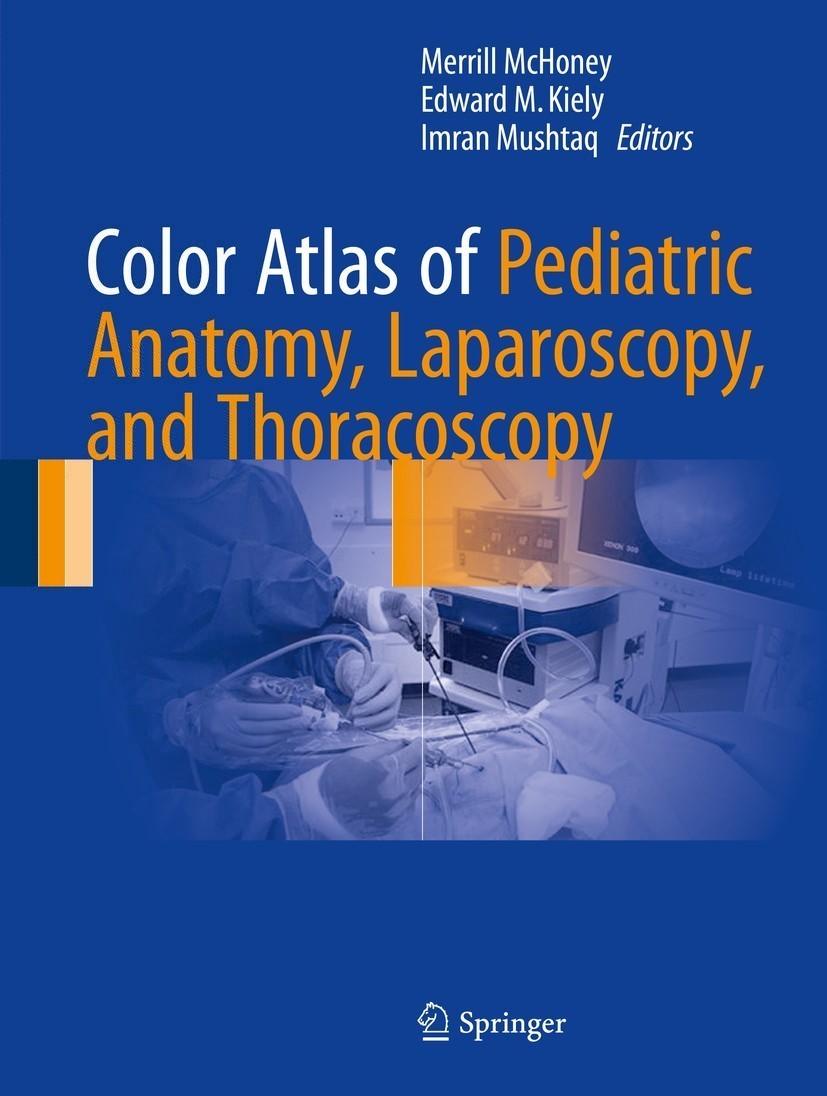 Despite its American spelling this is quintessentially a British book from the foremost advocates of the minimal access surgery (MAS) approach in these Isles. There are a few invited guests from overseas, but not many.

The editors are all from Great Ormond Street Hospital; noticeably late to the MAS party but when they got there they at least brought some scientific rigour to its assessment.

There is an obvious way to improve instruction in MAS surgery, and that’s to throw in a few videos here and there.  I would have expected nothing less. Unfortunately, and I am not sure why given they don’t increase the price of the book, they aren’t there.

Colour illustrations are plentiful by contrast, though some authors should stop and think that less may be more.  Six images of debridement of an empyema are reminiscent of a series of Goya visions of hell than a true illumination of pathology.  The actual colour reproduction of some is not that great, sharp or detailed and better editing would have culled the most poorly performing. The true believers from Edinburgh make their chapters on oesophageal atresia and retroperitoneoscopic nephrectomy & heminephrectomy repairs beautifully distinct with crisp imaging and this makes the chapter stand out. Even standard photographs of patient positions etc. in some chapters (laparoscopic nephrectomy) are dire and no Instagram filter could save them.

I am a firm believer in anatomy as the touchstone of surgery and I would have liked some line drawings illustrating the normal to be expected rather than operative pictures to be interpreted.  Some did this elegantly. Step forward Augusto Zani in the cholecystectomy chapter who lifted standard anatomy illustrations and X-rays to illustrate the surgery, provided pin-sharp operative photographs and then enunciated the problems and pitfalls as well as describe complications and solutions.  Similar credit to Harish Chandran with a nice chapter on pyeloplasty.

While endeavouring to be comprehensive and perhaps surprisingly given that there are at least two in the cash-strapped UK, there was no mention of the …robot.  This will please finance directors in NHS Trust hospitals no end.  There are some subject omissions too. So neonatal diaphragmatic hernia repairs are not mentioned. This may of course be as a result of the physiological problems associated with this and enunciated first by GOSH surgeons, but will be controversial in other centres in the world. And less of a surprise here, no mention of the laparoscopic Kasai operation for biliary atresia.

Stricter editing, means ironing out some inconsistencies.  Hasson and Hassan are confused in some chapters (the former was a 1970s gynaecologist, the latter is Rihanna’s boyfriend!).

What’s the competition? Well there is an American equivalent (Holcomb, Georgeson, Rothenberg “Atlas of Pediatric Laparoscopy and Thoracoscopy” 2008 clearly overpriced at over £900! But, this does have a library of video clips to support it. At the other end of the market there is Saxena and Hollwarth “Essentials of Pediatric Endoscopic Surgery” priced at £167, but you could get a Kindle version for under £15 from Amazon, amazingly.

All in all, a worthwhile and decent contribution to the market.