The Dangers of Swallowing Magnets 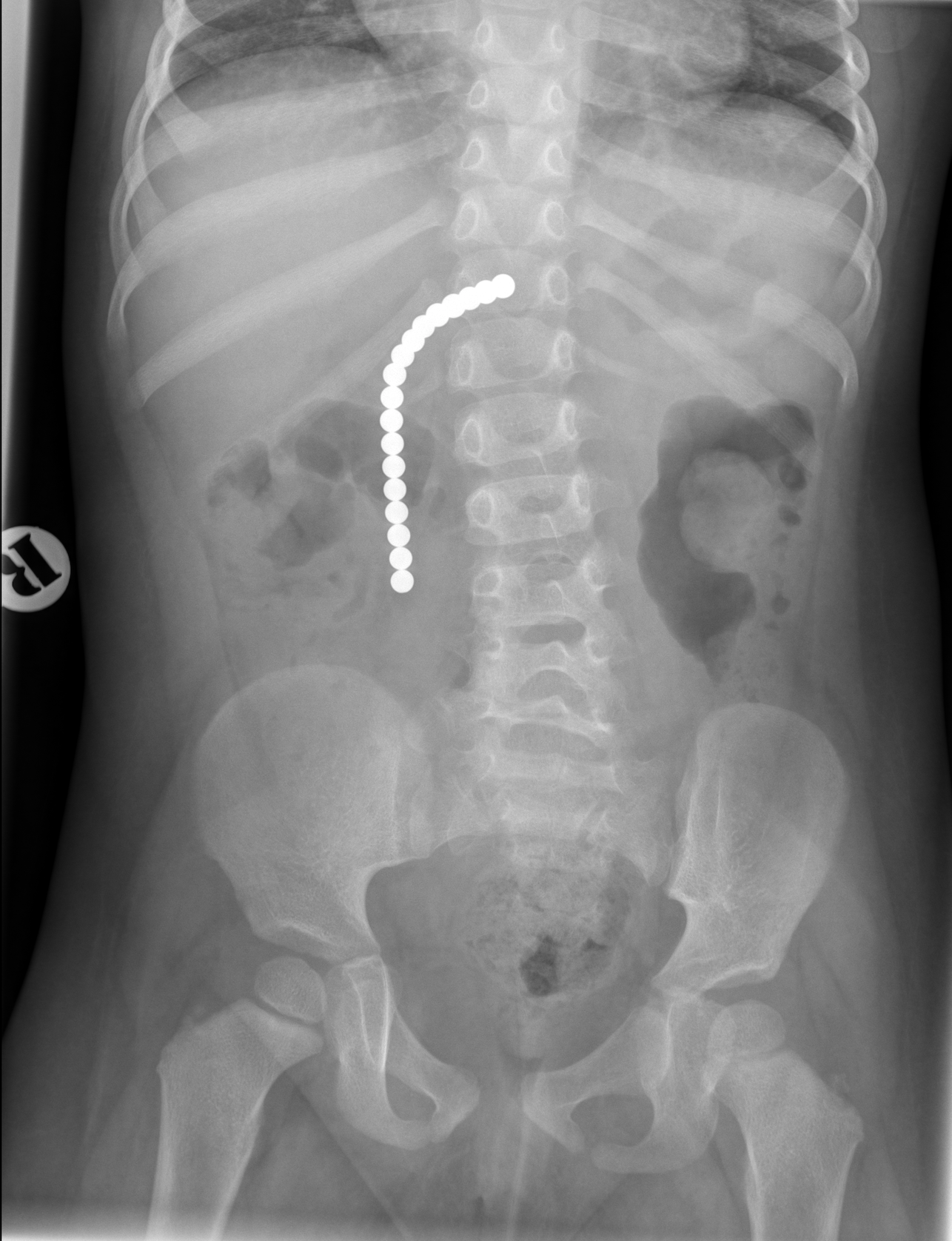 Whilst people are becoming more aware of the dangers of button batteries, another object that also has potential to cause harm to children are small powerful magnets.

Whilst some may pass through the bowel without causing harm (ie poo-ed out), many do not and require either endoscopic removal (a tool passed through the mouth into the stomach and upper small bowel), keyhole surgery or even open surgery because of damage to the bowel.

There is an increased risk when more than one magnet is ingested especially if they are not ingested at exactly the same time as they will be located in different places but will try to stick together, causing perforations (damage).

In the patient who presented with this X-ray, it can be seen that 18 magnets were swallowed but, luckily, they attached themselves to an endoscope and were retrieved without the need for major surgery.

So please can parents remember that small powerful magnets (which are becoming more popular, and in one example we have come across, were being used a ‘fake tongue piercing’ with one placed one either side of the tongue before being ingested) can cause harm and should be kept out of toddlers and children’s reach.

I would like to say thank you to Mr Mark Powis (Consultant Paediatric Surgeon colleague of mine) for providing the X-ray shown.