Fuel For The Soul 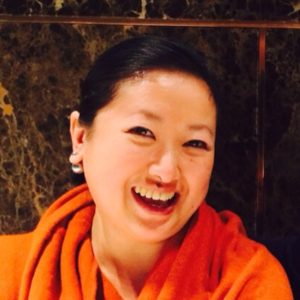 There are over 13,000 consultant surgeons in the UK; 121 consultant paediatric surgeons; six paediatric hepatobiliary surgeons, two of whom are also transplant surgeons and only one of them is a woman!   As far as I am aware, I am the first female to have been appointed into such a male-dominated field. This is not a boast and frankly, in this day and this age, I should not have been the first. However, it does speak to a rather rebellious and stubborn nature that must run in the DNA. I am one of a long line of family doctors, my great uncle being the first. You might have heard of him though not due to his medical practice; he was one of the founding fathers and first President of the Republic of China following the overthrow of the last Emperor.  His good friend was Sir James Cantlie, the founder of the Hong Kong school of medicine and a key figure in hepatic anatomy – so you could say our family has always had a passing interest in things hepatobiliary.

My grandfather, also a physician, was passionate about his work but he recognized that all work and no play made for a very one-dimensional existence indeed. He nurtured a different passion in me. Growing up, he would instil in me the pursuit of perfection in all things but his private domain was the kitchen. He used to run a pharmacy in his medical practice and it showed. He was exacting with his weights and measures, blending, mixing and whisking. All this he would patiently teach me and I became his willing apprentice. We spent hours creating culinary treats from Chinese dumplings to Burmese soups and salads to creamy mango ice cream to different types of Indian breads. Nothing was off limits. If it was not perfect, we would make it again until it was. The rest of the family should be credited with having to consume our repetitive substandard discards!

Over the years, I continued my culinary experiments on my own. I bought my first cookbook and started with baking. My second cookbook covered savoury courses. I was disappointed that my third purchase “How To Eat Fried Worms” was, in fact, a work of fiction. I was 6 years old and fearless. My mother struck on a genius way of keeping me busy and out of trouble during the long summer holidays. I was to cook all the meals for the family. I had to plan the shopping lists as well as prepare the food. Fortunately, we all survived the first summer so it became the family routine.

I started to use the kitchen to explore my cultural heritage. The Chinese may have popularized the quick stir-fry but I was more interested in the complex Imperial food of old. I started with Peking Duck. It takes days to prepare yet uses very few ingredients. The crucial part of preparing the crispy skin is to dry it out before roasting. I suspend the duck from a coat hanger in a breezy window for at least a day. Years later at a wedding, I heard a cry of “Duck woman, duck woman!” from the congregation. It was a former neighbour, a few too many glasses of bubbly I think prompted this rather than an allusion to a new form of superhero.

No matter where you travel, food is a way of life and I have enjoyed meeting people through cooking. I have been guided through the souks of Marrakech to buy spices with my broken French and to see the community bakeries at work, learnt to make tarte Tatin in a chalet in Vaujany, cooked the staff dinner in a Turkish restaurant in exchange for a lesson in making mese and even made coca tea and yucca chips on the Inca trail.

I have been privileged to meet some of my food heroes such as the down to earth Angela Hartnett of Murano and the fascinating multi-talented Martin Morales of Andina. However, it was the two Michelin-starred Daniel Clifford that gave me one of the best opportunities of my culinary life. A day in the kitchens of Midsummer House. To say that I was nervous was an understatement. I checked with a chef friend of mine. His advice? Keep your knives sharp and your nose down and do as you’re told. His brigade was renowned in the industry for its discipline and their boss for his high standards. I left the operating theatre at 1:30am and arrived in Cambridge to start at 8am as arranged. The manager opened the door and asked if I was here to stage. In my confusion, I said, “Yes” and was led through to the kitchen, told where to change and was immediately placed on the pantry section. For an hour, I sorted grapes, washed and peeled several kilos of potatoes, shelled 100 soft-boiled quails’ eggs and juiced dozens of lemons. There was no sign of the Boss as the brigade worked away with the gentle hum of banter.

“Bit different from my day job!”, I said quietly to my section boss.

He paused; “And what is your day job?”

The hum of the kitchen fell into silence. Danny, the head chef looked up. “Why are you here again?”

“Oh, I was invited to spend a day behind the scenes by Daniel Clifford.”

“Right. We had better get you doing some real work then!”

From that point on, I was shown how to make gels and sauces, compressed discs of kohlrabi, pea foam and to assemble a vegetable delice. The boss finally arrived. I was so nervous, I barely noticed the lemon juice seeping across my workstation and onto the floor. I had to peel a pile of whole walnuts as penance.

“Why am I peeling walnuts?”

“It improves the texture, presents better and takes away the bitterness.”

“And that’s what two Michelin-starred restaurants do!”

Service was a revelation. What had been a quiet hum was now punctuated with orders, “Oui, Chef!” and all the cliché we have become accustomed to whilst watching Masterchef The Professionals. Timing and communication between all the sections was crucial to make sure everything arrived at the pass in perfect condition to be plated under the watchful eye of Mr Clifford. The rate of work was immense. Try neatly wrapping a soft-boiled quail egg in raw potato strings without breaking the egg and see how long it takes. Sous chef Mark kept the team smiling with lots of positive comments and banter. I had familiar tools to work with; a knife and a pair of forceps. I had to re-plate my starter because the stoneware plates for a single table did not match perfectly. It was a pressure to perform that was different and exhilarating. The feedback was immediate as you could see the customers through a glass window enjoying what was created. You could also see how much respect Daniel commanded from his team and how much passion they felt for their work. As I drove back to Birmingham, I reflected on how much I had learnt about team-working from just that one day in the kitchen.

Cooking has not just been a hobby. It has taught me some very important life lessons. The first lesson was burnt pink cupcakes do not taste good. (Thanks Dad for still eating them, you made a 4-year-old girl very happy.) The second lesson was to never be afraid to fail. The kitchen is a far safer place to fail and to learn how to pick yourself up again than the operating theatre. Thirdly, take each failure and learn how to remake them as successes. The results can be delicious.

Photos by Evelyn Ong and http://www.thebestsundaylunch.com/