It was my pleasure to represent BAPS at the 12th Pan-African Paediatric Surgical Association meeting held in Addis Ababa this November, traveling with Kokila Lakoo, Niyi Ade-Ajayi & David Drake. Together, under Tony Lander’s expert leadership and ably supported by Dr Seye Mesfin and Dr Hanah Getachew from the local team, we ran a very successful pre-conference Neonatal Surgery Workshop attended by 38 delegates from 9 countries. 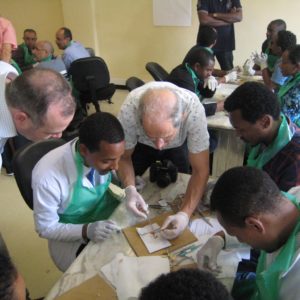 BAPS has a long association with PAPSA and indeed its origin as an association began with discussions held in 1991 at our International Congress in Budapest, with PAPSA being officially announced in July 1993. This year we were guests of the local organising committee lead by Prof Millard Derbew, President of the Ethiopian Society of Paediatric Surgeons (ESOPS) to whom I extend our sincere thanks for his hospitality.

Prof Essam Elhalaby, President of PAPSA opened the meeting welcoming delegates from fifteen countries reminding us that PAPSA was committed to promote the practice, education, and the advancement of pediatric surgery in all Africa. This was followed by the Heinz Rode lecture given this year by Kokila Lakoo on the topic of “Breaking Barriers in a Surgical Career”. She reminded us that she was the first coloured woman Paediatric  Surgeon in South Africa and took us through a fascinating account of the challenges of her childhood and medical training against the background of apartheid.

Africa has 29% of the worlds unmet need for surgery with only 54 paediatric surgeons for a population of 356 million in the COSECSA region – a ratio of one surgeon per 6,770,000!

The challenges of training and assessment of competence were aired  with Ben Nwomeh introducing the “Zwisch scale” used for assessment of operative autonomy. Most usefully this has been developed as a smart phone app, for use in the USA, which permits rapid feedback and documentation following the procedure. We could use something similar in the UK!

The day closed with William Harkness telling us about InterSurgeon – a free novel site with no advertising, linking up surgeons worldwide allowing the exchange of knowledge and expertise. Currently it is only available for neurosurgery but Paediatric Surgery & Urology are about to be included and launched with the assistance of Marilyn Butler. www.InterSurgeon.org

The following day Niyi supported by one of our trainees Eve Macharia-Coates moderated BAPS symposium on “The management of Gastroschisis in Arica”.  Many delegates reported a 100% mortality, with some never seeing a case – could this be that they don’t present as the outcome is so poor! BUT in contrast Dr Martin Situma, reported that by introducing a strict management protocol, with early feeding at the Mbarara Hospital, Uganda they had progressed from a situation with no survivors to a 41% survival rate – without TPN! An amazing outcome demonstrating how significant achievements can be made without complex technology.

That evening the gala dinner was held at the Yod Abyssina restaurant where we were entertained with lively regional dancing, fortunately I was not invited to join in! Should you ever visit Addis I can recommend it as an enjoyable venue with authentic local cuisine.

On the final day Nichole Starr, a Lifebox safe Surgery Fellow gave a presentation on process mapping which had resulted in a significant reduction in surgical infection rate. Lively discussion was also had on the poster walk, MIS, Oncology and Urology before the close of the meeting.

My thanks to Prof Elhaby for making us welcome and I wish Prof Alp Numanoglo who has taken on the mantel as PAPSA President, every success during his term of office. 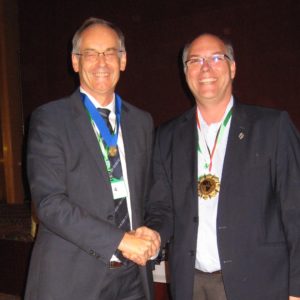