From July 2016, Prof. Mark Davenport will be the President of BAPS 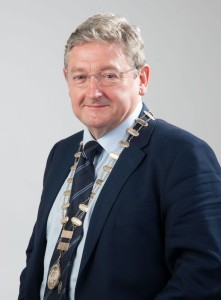 It will come as no surprise to say that this is an honour and a privilege to be elected as President of this organisation. You simply have to scroll down the list of previous incumbents to recognise its importance and value; all the way from Denis Browne to David Burge (do they all have to have DB as their initials?).

A short biography is customary here, I think. I joined as an associate member of BAPS back in the 1980s when I was a junior trainee in Manchester. Going to what seemed like endless interviews searching for the next paid employment – no run-through training then. During the 1990s the attraction of London proved to be too strong – although I overshot a bit and ended up in Camberwell and Brixton where Kings College Hospital is. Still it was and still is a Mecca for hepatobiliary surgery so I stayed, being appointed consultant there in 1994. My practice dominated my life as the only full-time paediatric surgeon there – my (more famous) colleague Ted Howard being essentially a general surgeon with an interest. But by the noughties we had developed a more sensibly staffed department with more regional commitments into South-east England and now number five in total. Still it is small by comparison, even with the other five children’s surgical units in London.  The Professorial title came on the back of my research niche with biliary atresia, but it remains personal and therefore unpaid by the university.

So what does POBAPS (that’s President of BAPS by the way) do?  Well there is actually a list of constitutionally agreed duties which I thought I’d share.

First and foremost is: “To represent BAPS both nationally and internationally to maintain and enhance the standing of the Association and its strategic aims.”  We are a first world country with an advanced medical health system and from the outset one of the mission statements was felt to be to export our way of doing things, to share, to lead by example as it were.   As UK editor for the Journal of Pediatric Surgery, I see all the manuscript submissions from the British Isles and appreciate just how cutting edge our scientific and clinical contributions can be. The number of papers is not bad – we are still the second leading contributor to the journal, after North America. But it is under threat, and certainly the basic science side of surgical practice has diminished considerably. Back in 1980s Manchester almost all of the (NHS) surgeons, typified by Adrian Bianchi, maintained a research programme and output. Grants were easier to come by and regulations, committees and red tape so much less in evidence. We do need to get out into the wider world not only to preach but also to keep our practice current, relevant and responsive to innovation.  Obviously surgical congresses play a huge role in this and for instance,  Ian Sugarman and I have been invited to the upcoming WOFAPS meeting in Washington in October to set out the British approach to surgical training.

Much of the other duties involve BAPS representation on other people’s committees – Royal College of Surgeons, Children’s Surgical Forum, Royal College of Paediatrics and Child Health etc. Some of these can be important particularly on the interface between ourselves and the general surgeons and the local delivery of acute and emergency children’s surgery and I do think this a key area which we should not run away from. Some of them perhaps are a little more arcane, but hey you can always concentrate on paint drying and the coffee and biscuits!  I am also tasked with the appointment and support of the Royal College specialty professional advisors, the previously named regional representatives.  The latter can be very influential in guiding consultant appointments and the nature of regional delivery of our specialty and I would encourage any interested member to apply and get stuck in!

To end, I would emphasise that the organisation is here for you its members, to serve your interests. Participate and be proud.