President of the British Association of Paediatric Surgeons

Texas is big. Germany fits into it, France fits into it. Founded on cattle and floating on oil, it is bounded to the south with the Muro de Trump keeping indigent Americans out of Mexico. Houston its largest conurbation doesn’t really have a problem at least economically; 4th largest city in the US of A with about 2.3 million people. 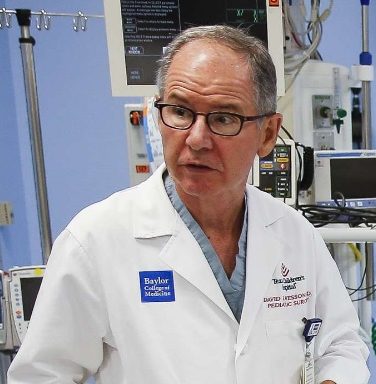 Anyway, April brought a transatlantic excursion to the Lone Star state courtesy of an invitation from Dr David Wesson, quietly spoken chief of pediatric surgery in the Texas Children’s Hospital. Ostensibly I was invited across to impart our experience at King’s with the fetal technique of tracheal occlusion for diaphragmatic hernia (FETO) in the inaugural Rockecharlie Lecture. This is actually  a “coals to Newcastle” scenario given that they (the Americans) had invented the technique, spent millions of research dollars in establishing it in as a clinically viable entity in places like San Francisco; and then watched as things went into reverse when a somewhat premature trial produced almost matching survival whether you had been allocated to FETO or been chosen to carry the pregnancy through. Since 2002, our own Fetal Medicine team at Kings together with Jan Deprest (the world’s most famous Belgian) had given the technique European polish, streamlined it and been more stringent in only applying it to fetuses really at risk of death and showed it could work.

Currently, there are FDA-approved pioneers in the USA re-discovering the technique. The urbane South African  – I know it sounds like an oxymoron – Michael Belfort working in TCH is their pioneer and is rediscovering FETO for this continent once again. He is also famous for appearing on the cover of the New York Times following a fetal repair of a severe spina bifida baby. By contrast, no one in the UK is offering this technique for antenatally diagnosed spina bifida though its fairly widespread on the American side of the Atlantic. This may be, of course, that here Fetal Medicine has been the province of the obstetric crowd while over there it was founded by paediatric surgeons and to some extent they still dominate. They are much more comfortable with actual surgical techniques than our side.

Of course, in any overseas visit the most wonderful part (apart from the deafening applause obviously) is the opportunity to see how the other half lives. And boy, do they live well. The Texas Children’s Hospital is the largest children’s hospital in North America. It’s huge, located in a veritable medical city a couple of miles from downtown Houston where every conceivable intervention and therapy is catered for in the world’s largest conglomeration devoted to healing. TCH has three high-rise towers around an above-ground circular glazed walkway; has over 600 beds; separate research and out-patient towers; and multiple floors simply devoted to the best intensive care money (well whatever insurance you have) can buy. Recently they bought another block adjacent (The Legacy Building) which has been completely refitted to provide new intensive care facilities for neonates, post-operative care, fetal medicine and maternity facilities. I was privileged to walk round before the scheduled opening next month. A whole tranche of nursing staff had already been employed for up to a year before; trained and were shadowing ready for the start. Massive investment but achieved in no more than 5 years from conception to completion. This is Can-Do attitude, not the usual “Not a Chance of Doing, Mate” attitude so prevalent in Blighty. Well a least not in my own foundering Foundation Trust (record £90 million deficit, with both CEO and Chairman taking the 21st century equivalent of the gentleman’s exit of pearl-handled revolver and a glass of Scotch – an armour-plated pension and an NHS committee appointment).

I spent some of the day engaging in research talk and young persons’ presentations. Again, wholly admirable and this is where surgical research still talks long and loud. There is a full floor devoted to basic surgical research under the charismatic control of Dr Sundeep Keswani.   I also encountered some of the young guns of the hepatological world embodied in Dr Sanjiv Harpavat who is making real inroads into our understanding of the origins of biliary atresia. 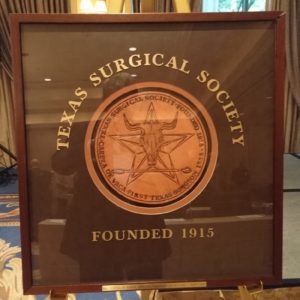 I spent the weekend in the company of the Texas Surgical Society, over 100 years old and still going strong. They meet twice a year, with invited members only from all walks of surgical society. All ages were represented but as with a lot of American meetings, it had no shortage of the retired surgical community. Still, the current crop of Texan surgeons, at least the general surgeons I met,  all seemed to be of line-backer proportions. The meeting was held in the old-time country club atmosphere of The Houstonian. Huge low-rise opulence in its own manicured gardens attached to a massive health club and spa with indoor running track.  Guaranteed steak entrée with vegans stopped at the door..

The presentations did vary from banal case reports to intriguing concepts and passions. We had an oration from a retired medical US army general on bystander response to gunshots etc. He was really keen on getting the public educated and able to treat bleeding and trauma. Indeed there is a White House-endorsed “Stop the Bleed” movement with the aim of getting not only many  more defibrillators but also kits containing surgical haemostats, pressure dressing, tourniquets and haemostats in all public places, churches and schools where the mentally ill congregate with their paranoia and AR-15’s. 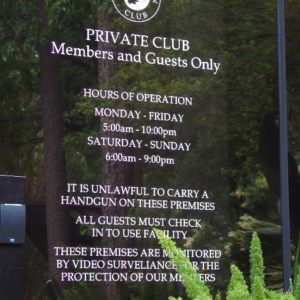 Guns are a big thing here. Just over 1/3 of households have a firearm; you can get one on your 18th birthday; you can buy an assault rifle. But you need to be 21 to buy and openly carry a handgun (with a permit of course..to make it safe).

Certainly, there is so much the USA can teach us in terms of provision of 1st class surgery and their entrepreneurial spirit can only be admired. As you know 17% of GDP is spent on health-care in the USA ($3.3 trillion), which is a seriously  impressive amount of money; by comparison to our 9.9% of a much smaller UK GDP  working out as about £190 billion. Now of course you need to know how many billions in a trillion (1000) and the $:£ rate (0.7) but it all works out at about 12 times our budget. Just think what Jeremy Hunt could do with that! 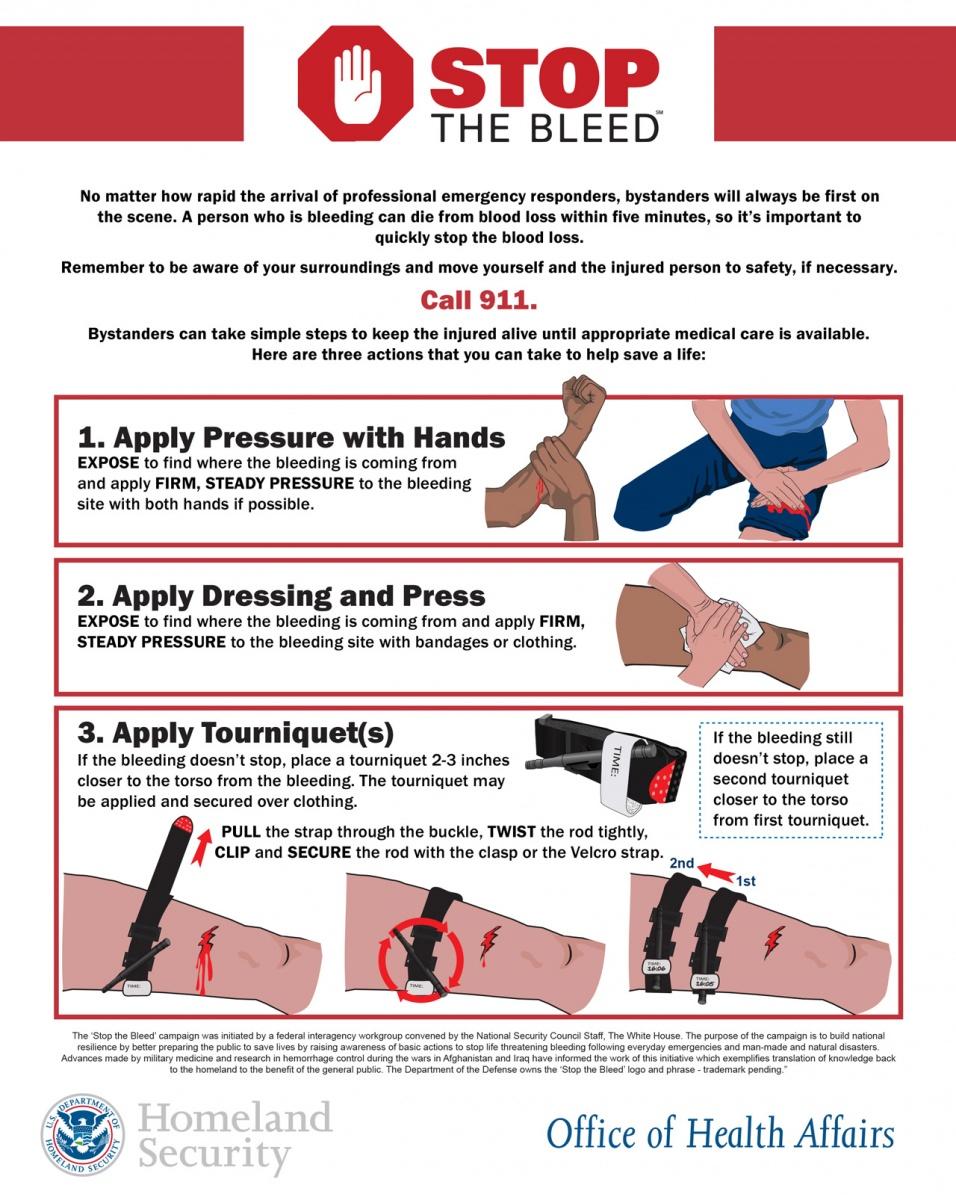