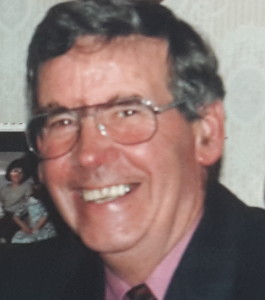 Ian Kennedy Drainer was born in Peterhead, the younger son of Samuel and Amelia Drainer. The family moved to Dumfries when he was very young, where his father was the Medical Officer for the County of Dumfries. There he spent his school years, attending Dumfries Academy. As an avid sportsman, Ian engaged in tennis, cricket and athletics, although football was his greatest passion. He played for Dumfries Academy, and then for the Scottish Secondary Schools Team, and was approached by talent scouts for various professional teams. For a brief period he joined Queens Park in 1957 as a right-winger.

In University from 1956-62 Ian gained many first and second certificates in his class exams, along with the Burns Hercules prize for Obstetrics and Gynecology in his final year, and after graduating, he commenced his medical career in the Southern General Hospital in Glasgow. Thereafter, as a junior doctor, he worked in the Western Infirmary, Killearn Hospital, and the Beatson Cancer Hospital, before entering his surgical training in Glasgow Royal Infirmary.

In 1966 he became a Fellow of The Royal College of Physicians and Surgeons of Glasgow, and his interest in paediatric surgery led to training in that specialty. In 1972, the family moved to London, where Ian completed his training at Great Ormond Street Children’s Hospital.

It was in 1973 that Ian took up the position of Consultant in Paediatric Surgery at The Royal Hospital for Sick Children in Yorkhill, and his work was split between there and the small Paediatric Surgical Unit in Stobhill Hospital. Subsequently, in 1987, the Stobhill Unit closed down, and Ian then worked full-time in Yorkhill.

Ian was one of the last truly general paediatric surgeons, his practice covering all aspects of the specialty, including spina bifida and hydrocephalus patients. He was a kind man, approachable and caring of patients and staff alike, and remarkably self-effacing. He was an encourager of junior trainees, and there is no doubt that many who became consultant surgeons owe the progression in their careers to his interest in them. He continued to actively participate in clinical research, and engaged the registrars in his projects, helping them in publishing their papers.

The Day Surgery Unit in Yorkhill owed its development to Ian, and this was an innovation in its day. He was the post-graduate tutor for the whole of Yorkhill Sick Children’s and the Queen Mother’s hospital, so he was responsible for the postgraduate education of all the trainees at the time. In addition he arranged for many postgraduates from developing countries to visit and continue their training. Paediatricians and paediatric surgeons world wide, and many practicing in developing countries, today owe their training opportunities to Ian. As Senior

Lecturer in the University of Glasgow, he was actively committed to the teaching of undergraduates and postgraduates.

After 33 years of practice, Ian retired in 1995. Many patients and parents remain very grateful to him for his expertise and kindness, and many staff remember him for his humour, honesty, advice and example.

In his retirement, he took up golf with a passion, ever seeking to improve his handicap.

Yet, paediatric surgery, with all its challenges and rewards, was not the only significant part of Ian’s life, for he remained a family man at heart. He had met Ivy in 1962 at a university dance, and they were married in 1965, so they had been together for over 50 years when he passed away early this year. Ivy supported Ian throughout his career, and was a comfort and strength in the latter years of his illness. They have two well-loved daughters, who loved him dearly in return, and who were the apple of his eye. Deirdre, who is now Depute Head Teacher in Hamilton Grammar School, and Elaine, who is an interface general practitioner in ambulatory care in Oxford. Elaine has two sons, Gabriel & Flyn, whom Ian adored. His family were precious to Ian, so although he was often busy, he would make time for them whenever possible. He was a loving dad and husband, and is sorely missed.