The death has been announced of Mr Jeremy Oliver Neil Lawson who passed away on 17 July 2018. 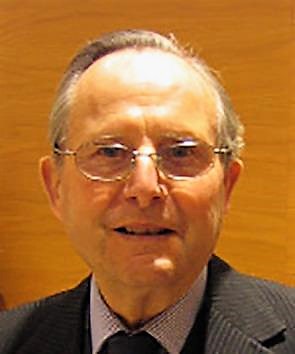 Jeremy was one of the archetypal London surgeons of the 1970s and 80s always smart and dressed in a pin-striped suit. Perhaps not surprisingly given his pedigree; training at St Mary’s Hospital Medical School (1947-53), he then pursued a military career in the Royal Army Medical Corps with posts in Germany before returning to Queen Alexandra’s military hospital in Millbank, London. Various surgical posts in the metropolitan area culminated in paediatric surgery at Great Ormond Street Hospital.

He was then appointed consultant paediatric surgeon to St Thomas’ Hospital and the Westminster Children’s Hospital, with visiting rights and responsibilities around South-West London at Queen Mary’s hospital in Roehampton and St Helier Hospital in Carshalton. This was a common arrangement at the time ensuring one’s personal expertise and network was widely available to a host of paediatricians and general surgeons.

He was particularly interested and well known for contributions to Hirschsprung’s disease and the anatomy of the rectum and anus. He worked closely with Graham Claydon and was an important mentor to many of today’s current surgeons including Harry Ward, Shailesh Patel and Stewart Cleeve.

Mr AJ Said, remembers him thus: “early in my career I worked as Resident Surgical Officer for Mr Lawson as he was approaching his retirement at Westminster Children Hospital. Then he shared care at Westminster Children Hospital with only one other colleague, Roger Brereton, but was still providing one-in-one cover for St Thomas’ Hospital. A task that is now covered by a whole platoon of surgeons! He was very conscientious and keen on the well-being of his patients, paying great  attention to the minute details in their care with no overlap of his private practice into his NHS one.”

“I do remember him as a family man, and never forgot the cloud of worry and anxiety when his wife was awaiting a simple gallbladder operation and how his face lit up with relief when I reassured him about the outcome. And at the end of day after a long operating session when he fixed his detachable white collar on his striped shirt, mending his hair in front of a  mirror and putting his used surgical mask into the pocket of the three piece suit he always wore telling me, each time, about the joy that it would provide to his pet dog back home !”

Jeremy was predeceased by his wife in 2015 and leaves a son and two daughters with five grandchildren.

Mr Ahmed J Said, Associate Specialist Evelina Children’s Hospital, London
Prof Mark Davenport, past President BAPS
[With permission the picture and some parts of this have been taken from The British Medical Journal ]