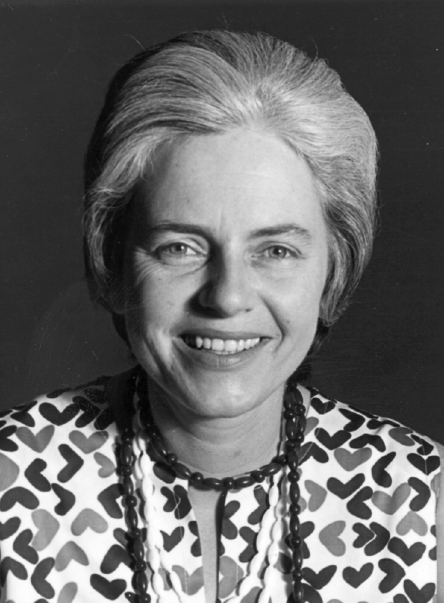 Helen Noblett was a pioneering and innovative paediatric surgeon. She was born in South Australia but brought up in Roma, Queensland, and attended Roma state school where she made an impression as a sporty, bright and hard-working scholar and won prizes and scholarships. She did her undergraduate medical training in Brisbane having entered on a scholarship, qualifying in 1957.  She did junior hospital jobs in Brisbane, proceeding to general surgery and then paediatric surgery in Brisbane Children’s Hospital in 1962.

In 1963 she moved to the Royal Children’s Hospital, Melbourne, Victoria and continued her training as a Registrar under F.D. Stephens, E. Durham Smith and others. She was awarded her FRACS in 1964 and rose through the ranks to a senior position in 1972. She was the first female paediatric surgeon in Australia.

During her time in Melbourne she pursued research interests in gastrointestinal diseases in parallel with her clinical work, working with Ruth Bishop’s pioneering group, which was the first to describe Rotavirus in 1973. It was during this research that she invented a device for sampling ganglion cells in rats, which she later developed into the instrument for use in babies and children which bears her name to this day.

Helen worked as a research fellow with Bill Clatworthy and Jim O’Neill at Columbus Children’s hospital in1967- 1968 and made a strong impression in the USA. Some of the phrases used to describe her include ‘Delightful, collaborative, charming, very scholarly, we learned an enormous amount from her’ and ‘she was the real thing’. Other Americans mention her enthusiasm, skill and kindness.

During the 1960s paediatric surgeons in Melbourne formed three distinct units, each with an area of special expertise. Helen was in the group headed by Russell Howard specialising in thoracic surgery. Howard was the first surgeon in the southern hemisphere to successfully repair oesophageal atresia. The unit included Nate Myers and Max Kent. Helen developed her own method for managing babies with oesophageal atresia post-operatively: at the time of repair she fashioned a gastrostomy with a trans- pyloric feeding tube to enable immediate enteral feeding without the complications of gastro-oesophageal reflux. She continued to use this technique throughout her career. For cases with a long gap she used the reversed gastric tube, though latterly she was open to discussion of alternatives.

In 1969 Helen published 2 landmark papers: the first was a method for the non-operative treatment of meconium ileus by Gastrografin enema. Up to that time most babies were treated surgically. Helen realised which physical properties of the enema fluid were important. The second described the rectal suction biopsy device of her own invention used in the diagnosis of Hirschsprung disease. Both of these are in regular use worldwide today and associated with the name of Noblett.

In 1976 she left Melbourne to become the first paediatric surgeon in Bristol. There was a failure of workforce planning in the UK and Melbourne was particularly well advanced in the 1960s and 1970s; at times there were more paediatric surgeons in Melbourne than in London and more in Australia than in the whole UK! 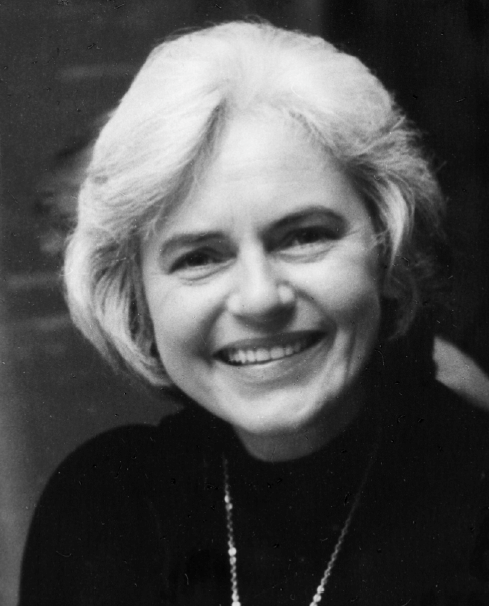 So, Helen arrived in Bristol and had to establish by her expertise and strength of character that she was taking over control of all children with surgical conditions. Helen was a very strong character and she needed to be. The entrenched views of some senior surgeons and paediatricians in Bristol and the DGHs in the South West ran very deep and the task would have been all the more difficult for a woman. However within a short time she had demonstrated that her outcomes were as good as any centre in the country and the first battle was won. The next battle was to get Helen a colleague but it was not until 1982 that David Frank was appointed to share the large workload and develop Paediatric Urology in Bristol. It is difficult to understand how one person coped for 6 years with the workload generated by a population of 4 million, but she did, and to an extremely high standard.

Helen was a scholarly and cerebral surgeon.  She published 22 papers on a variety of topics after 1976 and was always innovative and up to date, and she served as examiner for the newly-introduced FRCS (Paed).  She had little taste for managerial or administrative duties and concentrated on her patients, who were the driving force behind her extraordinary energy and stamina. Her patients and their families appreciated how fortunate they were to be under her care and spoke of her with affection and respect.

Helen had exceptional technical expertise and clinical judgement. She cherished the concept of a strong team and glowed in the company of her favourite colleagues and trainees. She took her responsibility as a trainer very seriously and many distinguished surgeons from a variety of countries regard her as the formative figure in their careers. These connections live on in Bristol with an arrangement for Registrar exchange with Australia. She was an invited speaker at conferences in Iran. 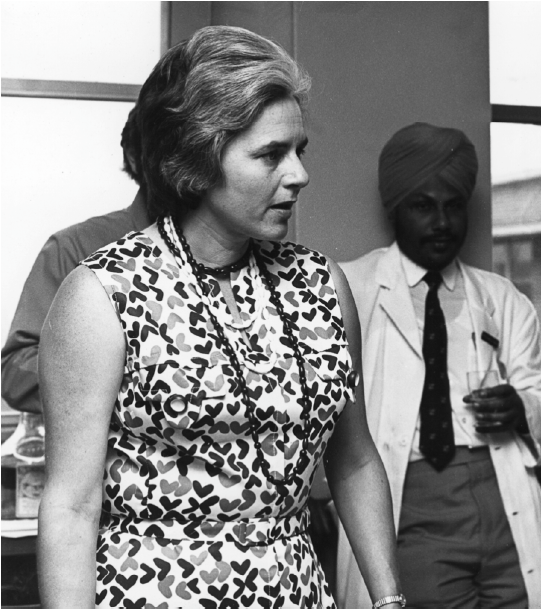 There was a steely side to Helen which was apparent whenever anything threatened to interfere with patient care. ‘Tough but fair’ was how one trainee described her. Other comments from trainees include ‘a hard taskmaster’ , ‘did not take any nonsense ‘, ‘had no time for sycophants or weaklings’ but all emphasise how supportive she was to those who she assessed as sensible, able and hard-working, though they could be sharply rebuked when necessary.

She was free of prejudice and was a shrewd judge of trainees. If a trainee did not come up to her high standards she made sure they went into a different branch of medicine. She was uncompromising.

Valued colleagues were not immune from her scrutiny. An eminent Professor of Paediatric Pathology examining a frozen section was surprised to find her at his side. With her eye to the microscope she said “Are you sure you know what a ganglion cell looks like?” When she had reassured herself that he did she did not question his opinion again.

Helen could be seen as eccentric but her eccentricities had purpose. She carried a large handbag at all times. If it was mislaid that was the junior trainee’s responsibility. Its contents included menthol cigarettes (with characteristic fortitude she decided to give up one day and never smoked again), arrowroot biscuits and a tool kit.  The biscuits were so that she could work through mealtimes and get on with the next operation. The tool kit (which tended to cause problems at airports) ensured that if there was an equipment failure she could attend to it herself and get on with the work promptly.

Away from work Helen was cultured and sociable, warm and humorous. She could discuss art, literature and music knowledgeably. Mozart was a particular favourite. Her annual Christmas party was eagerly anticipated; the food and drink were lavish and we gathered round the piano (Helen playing) to sing carols. Her relaxation often centred round her canal narrow-boat, Katkin, and she had many amusing anecdotes concerning boating mishaps to tell between operations in the theatre coffee room.

Helen was proud, but humble and reticent about her achievements, not given to self-promotion. Jesus said that “A prophet is not without honour, save in his own country” and Helen exemplified this.  Carachi, in his book The History of Surgical Paediatrics, 2009, makes no mention of Noblett or Bristol in his 14- page chapter on Great Britain.  E. Durham Smith in his 26- page chapter on Australia does devote a few lines to her. However she was much revered in other countries. In a recent publication, Vignettes from the History of Pediatric Surgery (Journal of Pediatric Surgery 2020) which almost entirely concerns USA surgeons, she merits a full section devoted to her achievements.

Helen is survived by Dr Maria Spyt, her friend and companion for over 30 years.

Helen Noblett deserves to be remembered as a great character and a paediatric surgeon of the highest calibre. Her legacies are her innovations in her field, the many departments around the world which she inspired, the large number of children (now all adults) who owe their lives to her exceptional abilities and the large and thriving department of paediatric surgery in Bristol today.

I am grateful for the helpful contributions of colleagues and former trainees in the preparation of this obituary. 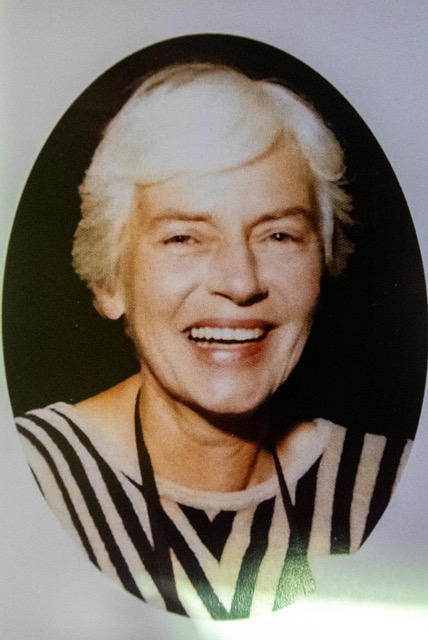 We mourn the passing on Christmas Day 2020 of Helen Noblett, one of the first generation of paediatric surgeons who laid the foundations of our specialty. Loved by the families to whose children she was fiercely devoted and whose care she fought to advance, she was revered by many of her junior trainees. She set high standards and expected others to reach them, but was a kind and supportive friend.

She was an independent woman who succeeded in a man’s world and forged a path for others to follow.