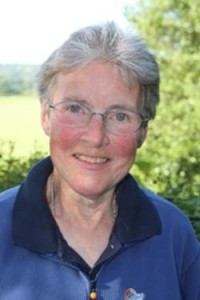 Vanessa’s childhood was in Nuneaton where her father was a General Practitioner and she and her younger sister grew up with her father’s medical practice conducted in part of the family home. She was a medical student at University College London; however, when an abnormal platelet count was detected, her parents were advised that medicine would not be a suitable career as she had a significant risk of developing leukaemia. This only spurred Vanessa on to win the Medicine Prize in her final year and to choose a physically and emotionally very demanding career in surgery.

After General Surgical training at UCLH, Vanessa was appointed in 1973 registrar to Duncan Forrest and Herbert Eckstein at Queen Mary’s Children’s Hospital Carshalton, moving on a year later to Australia and three very happy years being trained by Nat Myers and Helen Noblett in the ‘Melbourne didactic style’ of paediatric surgery. Undoubtedly, this experience influenced her surgical practice for the next 30 years.

At the young age of 34 years, Vanessa was appointed consultant at Queen Elizabeth Children’s Hospital, Hackney with links to St Bartholomew’s and the London Hospitals and their medical schools. London did not appreciate its good fortune in choosing Vanessa to be their first ever female Paediatric Surgeon. For 12 years, she shared a very busy neonatal and paediatric surgical workload with two Senior Lecturers from Great Ormond Street, first James Dickson followed by Roger Brereton. Collaboration with Kate Costeloe, neonatologist at nearby Homerton Hospital, helped to achieve excellent outcomes for their neonatal patients.

When Mr Brunton retired in the 1980s at UCLH, Vanessa was delighted to be appointed the first paediatric surgeon at her Alma Mater. For 10 years she singlehandedly took care of the surgical infants and neonates at UCLH in addition to her demanding practice in East London. She was universally respected by the paediatricians who referred their young patients to her, as they were confident that they would receive her undivided attention and would benefit from her very high ethical and clinical standards. Following on from her student prize for medicine, she was always an ‘operating physician’ who also understood the medical needs of her patients. Generations of registrars and junior doctors were impressed by her dedication and the excellent outcomes of her patients. Medical students attended her clinics and some have chosen a career in Paediatric Surgery.

The last 5 of her clinical years were challenged by being asked to move the unit from Queen’s in Hackney to the Royal London in nearby Whitechapel. Vanessa helped to successfully steer her team through this ‘minefield’ and also made time for 3 of these years to be a very effective Chair of the Board of Examiners for the Intercollegiate Fellowship.

Having achieved so much over 30 years in London, Vanessa enjoyed her retirement in Sussex, restoring a farmhouse in need of much ‘care and attention’ and designing what grew into the most beautiful garden. Glyndebourne was nearby to pursue her love of opera and her appreciation of good food and wine was shared with her many friends and her sister Elisabeth’s family, until her final and mercifully short illness in June. Numerous past patients and colleagues owe Vanessa so much and the chapel in Tunbridge Wells was packed out for the celebration of her very special life.