A Bootcamp for Paediatric Surgical Trainees 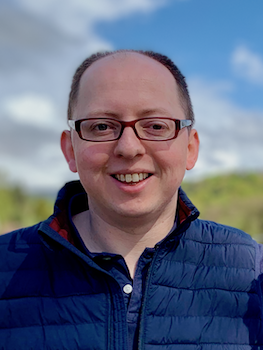 For the second instalment in our surgical simulation series we’re back at ‘if-Waitrose-did-hospitals’ the Chelsea and Westminster hospital. A word of caution: in the pursuit of high-fidelity simulation this article contains a number of somewhat gratuitous pictures of animal testicles and the like. If that’s really not your cup of tea then there’s a much nicer article on surgical watercolours further down the news page that makes for a far more pleasant and culturally appealing read. However, if you have no visceral objection to seeing a pig’s testicles (or ‘déjeuner’ as they’re more simply known in France) in various stages of dismemberment then please do read on.

As a forum for intense preparation and skill acquisition the ‘boot camp’ has its origins in the Spanish-American war of 1898 but the concept lives on today as a much-loved early stage of Simon Cowell’s ‘X-Factor’ and of course as the BAPS Boot Camp for paediatric surgical trainees.

Designed in 2015 by another Simon (Clarke) based on feedback from both trainees and trainers,  accredited by BAPS and funded by Health Education England, the principle is to use so-called simulation enhanced learning to furnish new recruits to the wonderful world of higher surgical training with the basic skills to hit the ground running. Delivered over 2 days in the oligarch’s playground of Chelsea, the course is a mix of ‘wet lab’ animal models, role-play exercises and brief (they’re terribly unfashionable these days) didactic lectures.

In the sim lab – convincingly mocked-up as a radiology fluoroscopy suite – an intussusception scenario is played out covering consent and the process of reduction with the inevitable unexpected complication thrown in for spice. The role of ‘infant with intussusception’ is played ably by a repurposed ‘Baby G’ doll – a creepily life-like silicone doll originally built as a gastroschisis model (and well known in the simulation world as the Coca-Cola to Gastroschisis Gaby’s Pepsi).

Wet lab simulation with animal models covers a variety of basic surgical procedures including every new registrar’s favourite nocturnal pursuit – the scrotal exploration. The model for this is the pig’s testis and cord sourced from Medmeat (the few-questions-asked supplier of choice for meat for medical simulation – medmeat@aol.com) which provides – and you can judge for yourself from the pictures – an astonishingly life-like replication of the process of opening a scrotum, delivering a testis, etc.

Continuing the urological theme supra-pubic catheter insertion is paired with the scrotal exploration session. A water balloon in a Tupperware™ box stands in for the bladder and pelvis respectively and a solid ‘slab’ (a delightful description) of pig abdominal wall completes the look. Trainees can then practice the steps of catheter insertion with the various bits of kit from 2 sizes/varieties of percutaneous catheter sets.

For ultrasound-guided central line insertion the model is fashioned from – so far non chlorinated – british chicken breasts, the disturbingly high water content of which facilitates excellent ultrasound views of the vessels buried within. The vessels themselves are water filled balloons of the long thin balloon animal making variety. To provide that satisfying bright red flashback into the needle a few drops of red food colouring (from Waitrose, of course, because you know, Chelsea) are added to the water. This model provides an excellent (and cheap) simulation of both image-guided vessel puncture and the various steps of over-the-wire dilator and sheath exchange.

We’re then back with more bits from the pig for stoma formation and bowel anastamosis. The tissue is of course a bit limper than the real thing but all the layers are there and it allows for the key steps of the procedure to be readily replicated.

The technique of rectal suction biopsy was ably demonstrated by Helen Cordwell (from Laparosurg, the UK supplier) along with a perhaps life-changing revelation as to what that hole in the bottom of the gun’s handle is for… (you’ll have to ask your ST3s). There’s plenty of kit for everyone to have several goes and the aforementioned ever versatile Baby G once again takes one for the team as the patient model.

Preparation for negotiating the day to day turmoil of life on-call for a newly minted ST3 (taking emergency referrals, prioritisation, managing an emergency theatre list, etc) takes the form of a series of structured role-play exercises with the faculty taking on the roles of the various members of the MDT.  Rania Kronfli’s (Glasgow) portrayal of a Consultant Anaesthetist dryly deconstructing emergency theatre referrals whilst nonchalantly chewing on a Galaxy Ripple, is an Oscar-worthy study in character acting of which Meryl Streep would have been proud.