The Case for Early Orchidopexy 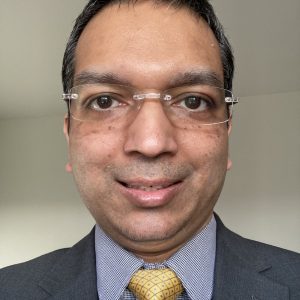 Mr Anindya Niyogi will be the new curator for General Surgery of Childhood. He has worked in many centres throughout the UK, from London to Liverpool and now back to London, via Nottingham. So he has a wealth of experience in this part of our great specialty.

To open his account he has contributed this article on the case for early orchidopexy.  We look forward to more and more…….. 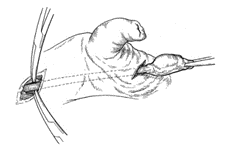 Undescended testes are common, perhaps up to 5% in the male population and with a suggestion that the prevalence is increasing. The only treatment offered in the UK and most countries is surgical relocation, with the stated benefits being the preservation of fertility potential and better cosmesis, and a bit more controversially, a reduction in the potential for testicular malignancy.

The age at which orchidopexy for undescended testes has been progressively coming down for decades, and we have probably reached the stage now where the remaining barrier is being set at one year of age.   This article summarises the different levels of evidence and perhaps provides some justification for this policy.

In the early 1970s, it was reported that the cryptorchid testis has almost normal histology during the first two years of life, whereas the prepubertal cryptorchid testis is abnormal (1). This finding prompted a change in the time of orchidopexy from 6 down to 2 years of age. However, it was later recognised that the total germ cell count of itself did not determine future sperm count, rather a particular subset of germ cell maturation, the adult dark (AD) spermatogonia (sperm stem cells), that would determine future fertility (2).

AD spermatogonia develop from gonocytes during the first postnatal maturational step induced by the transient sex-specific activation of the hypothalamic-pituitary-gonadal (HPG) axis during the first six months of life in boys, referred to as mini puberty (3, 4). A second crucial developmental step in the prepubertal testis is reached at four years of age when meiosis begins, and primary spermatocytes appear, with a proliferation of germ cell numbers. Spermatogenesis can then commence at puberty (5). In an undescended testes, gonocytes failed to disappear and AD spermatogonia failed to appear (6).

Animal experiments have shown that cryptorchidism-related testicular damage is not a congenital malformation and can be reversed with early surgical correction (7, 8). Several surrogate markers of fertility have been studied in humans, such as the mean number of spermatogonia per seminiferous tubule, mean tubular diameter and testicular volume. There were more spermatogonia per tubule in infants undergoing orchidopexy before 12 months of age, and the tubular diameter was larger than that in the older children (9). A Swedish randomised controlled study published in 2007 showed surgical treatment at nine months resulted in partial catch-up of testicular growth until at least up to age five years compared to surgery at three years (10, 11).   Meta-analysis comparing orchidopexy before or after one year of age suggested that atrophy and complication rates are similar (9)

The British Association of Paediatric Urologists (BAPU) came out with a statement supporting early orchidopexy as the preferred timing back in 2010, and this has become part of published NHS guidelines (https://www.nhs.uk/conditions/undescended-testicles/). However, even pre-pandemic, in the real world, this is clearly not happening.  The ORCHESTRA study (2016) was conducted by a UK trainees’ network and looked at the outcome in 417 orchidopexies. Revealingly, only 11% were actually completed in <1 year. There were no differences in the rate of atrophy (3% vs 3.1%, P = 1.0) in those with pre and postoperative measurements (79%). There was, however, a significantly increased risk of wound infection (11% vs 2.4%, P=0.02) in the early group (12).

Recently, I looked at the Hospital Episode Statistics (HES) Dataset for 2019-20 for England. This clearly shows that <6% of orchidopexies were performed in England under one year of age.

Plan for the Future

The National Institute for Health and Care Excellence (NICE) Clinical Knowledge Summaries (CKS) recommends referral to paediatric surgery if the testis remains undescended at 4–5 months (corrected for gestational age) (https://cks.nice.org.uk/topics/undescended-testes/). As paediatric surgeons, we should be expecting to receive referrals for undescended testis before the child is six months old and, according to recommendation,  perform orchidopexy before the age of one. Even during the pandemic, there should not have been any difficulty to perform the procedure within the timeline as Orchidopexy is Priority 3 (maximum 3 month wait) on Federation of Surgical Specialty Associations (FSSA) COVID Prioritisation document (https://fssa.org.uk/covid-19_documents.aspx).

The recommended pathway for undescended testis according to NICE CKS is summarised below: 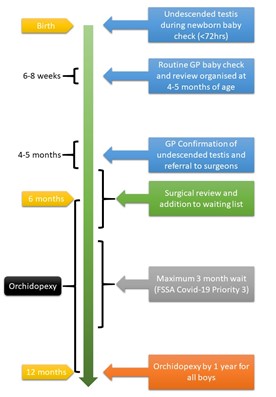 Though there is enough evidence to support orchidopexy under one, and there is a clear national guideline, only a small fraction of the procedures are performed by that age.

So what is the problem?  I suggest there may be other factors at work.  Clinicians on the ground are not giving this policy priority, possibly because the “end-point” – fertility – is abstract and will never be their problem. Hospitals similarly are not giving this policy priority – there is no incentive for change. Indeed, parents do not seem to be pushing for change. Possibly for similar reasons as the doctors, and after all an operation in an infant is very much a big deal.