Another year is coming to an end. It has been a challenging year to restore normal life and activities despite the ongoing risks imposed by the COVID-19.  We decided to throw some light on some minimal-access surgery articles published during the past year.

A surprising new trend adopted by some paediatric surgeons is the use of laparoscopy to bring down an inguinal testis! Yes. You read it right. Inguinal palpable testis. Classic teaching for junior residents is that the inguinal testis is brought down through inguinal exploration and scrotal fixation so I was surprised to read some articles discussing using laparoscopy, not only for impalpable testis, but also for the palpable inguinal testis. They claim that using laparoscopy allows for higher retroperitoneal dissection on the vessels, doing a modified Prentiss manoeuver (i.e. re-routing the mobilized testis medially to the inferior epigastric vessels), thus lengthening the cord and allowing a tension-free scrotal fixation.

This paper reviewed the comparative studies published on the laparoscopy versus classic inguinal approach for orchiopexy. Six studies including 1193 patients were included. The results of the study showed that laparoscopy doesn’t have a clear advantage over the open approach, yet is associated with a higher cost. So if you are thinking about doing it .. think again. 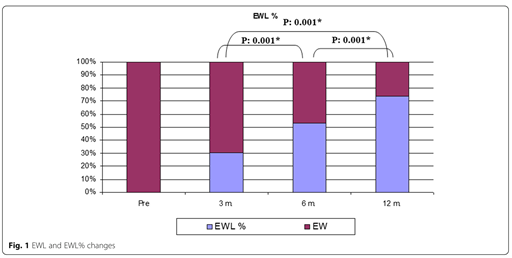 Bariatric surgery in adults is now commonplace, but much less so in the pediatric age-group. Most parents, and many surgeons, hesitate to perform a bariatric procedure on a child still in their “growth” phase due to the known nutritional deficiencies that come along with the weight loss.

The authors, from Tanta University (Egypt) performed a prospective study on 35 obese adolescents (mean body weight 132 kg). There was clear weight loss of course, a startling mean for the group of 54 kg at one year. The reported complications included wound infection (n=3), mild reflux (n=8), hypocalcemia (n = 5), zinc deficiency (n=1). Fortunately, most of the complications were temporary and corrected subsequently.  From this, they concluded that sleeve gastrectomy is an efficient and safe procedure even in adolescents with significant weight loss, at least in the short term.

Laparoscopy has been introduced in various procedures and has totally replaced open surgery in some fields. However, its use in oncology is still fiercely debated due to either operative difficulty, fear of incomplete resection, port site metastasis or intraperitoneal seedling. Such fears multiple for liver tumours, given the possibility of significant bleeding, or typically large size of the tumour. Hence, laparoscopy has been limited to an initial evaluation and biopsy if the tumor seems inoperable.

Murawski et al. from Warsaw, Poland, reported a series of hepatic tumours (n=6) resected using laparoscopic techniques. The maximum tumor size was 7cm, and mainly confined to segments II/III. Benign pathology was found in all. There was one conversion because of bleeding. The port arrangement was similar to a cholecystectomy with a slight change according to the anatomical segment targeted.

The tips and tricks reported by them included:

The authors concluded that laparoscopic hepatic resection is feasible in the smaller benign tumors. However, it is a challenging teamwork procedure. And the debate in using it for malignant tumors still continues ….

Overall and disease-free survival has significantly increased among cancer patients in recent decades. With many patients treated as children growing into adult life, a new topic has started to emerge –  that of preservation of  fertility potential.

Many cancer treatments are gonadotoxic as the rapidly dividing cells in gonads are very sensitive to most chemotherapy drugs. Cryopreservation has become more and more used in practice to secure fertility potential before starting treatment. While embryo and oocyte are available for the adult female, the prepubertal female has fewer options and essentially this comes down to ovarian tissue preservation and this classically meant oophorectomy and cryopreservation of the harvested tissue. 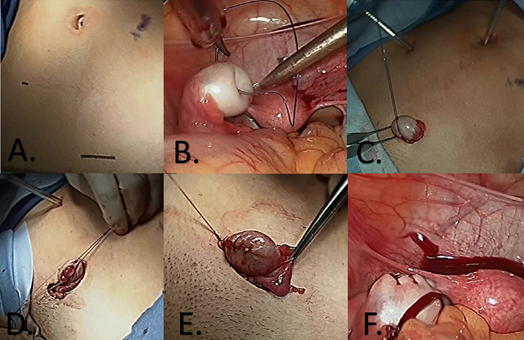 This report describes a novel extracorporeal ovarian harvest strategy that is safe, effective
and may allow for more optimal tissue preservation in selected young females with cancer. The main operative steps included:

Do you have a plastic bottle? Don’t throw it away. A newly published article described a low- cost training model for paediatric inguinal hernia. Lap. herniotomy is gaining popularity in paediatrics and more and more surgeons are encouraged every day to try it. Despite the many techniques described for the procedures either percutaneous, extracorporeal or intracorporeal, the challenging part in the procedure is avoiding injury to the vas and vessels which needs practice and experience. The model is composed of a plastic bottle, gloves, loops and that’s it! The model was used mainly for residents’ training, among other levels and the feedback was effective and helpful. I think it worth a trial for all of us with a little experience in laparoscopic herniotomy.