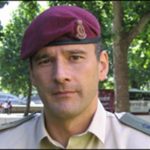 Specialising in trauma and vascular surgery, I balance my career between clinical practice in both a civilian and military context. My experience in either setting is directly applicable to the other and that drive for cross-fertilisation of learning, and indeed preparatory training both within the NHS and Army environments is something that I constantly strive to promote.

My research interests include the use of probability-based modeling to aid in ‘real-time’ clinical decision–making (e.g. predictive factors for limb amputation after poly trauma) and for use in supporting trauma governance via Bayesian Network mortality prediction. 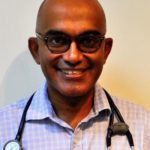 He is a practising paediatrician. Vin provides clinical leadership to the city’s health system, focusing on delivering the NHS’s national and regional strategies. He was one of the Senior Responsible Officers who developed proposals for the NHS Long Term Plan, on prevention and health inequalities. He is leading the development of the clinical strategy for London which has a population of 8m people, 32 boroughs and CCGs, over 30 providers and 1600 primary care practices. He and his team are the clinical leaders for urgent, integrated and emergency care, primary care, prevention and reducing inequalities, and improving cancer outcomes. He is responsible for the relicensure and appraisal of medical directors in London and co-chair of the London Clinical Senate Forum.

Vin is an experienced clinical leader who has shaped the care of children and young people. He has held senior leadership roles in medical education and contributed to the NHS Constitution.

He has many years of experience as a medical director, at Great Ormond Street Hospital, where he led the Quality Improvement and Patient Safety Unit, and before that at Birmingham’s Children’s Hospital. He has led a number of local Health Foundation programmes including Safer Clinical Systems, SHINE and SAFE, and has been a clinical associate of the foundation.

He was an NHS Modernisation Agency clinical associate in 2002.

He has long standing interests in asset and place based approaches to health and well being, health and care systems, outcomes, quality improvement, patient safety, regulation and organisational development. 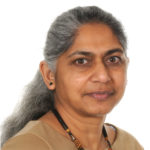 Professor Kokila Lakhoo is a consultant paediatric surgeon at the Children’s Hospital in Oxford and the University of Oxford. Recently she received an honorary professorship from University of Witwatersrand Johannesburg, South Africa and Muhimbili University, Tanzania She is director of a global surgery course for Oxford University and represents Oxford University for children’s global surgery matters. She is the past chair of the international forum for the British Association of Paediatric Surgeons and is personally developing paediatric surgery through a link in Tanzania, Malawi and South Africa. She is the president of Global Initiative for Children’s Surgery (GICS) that has followed on from the Lancet Commission. She is editor of 4 books including a recent joint venture with her African colleague as editor to a text book namely “Paediatric Surgery: a comprehensive text for Africa”(publisher global- help publishers).She has to date contributed to over 85 chapters to paediatric surgical text books and has over 300 peer reviewed publications.

Miss Sonia Basson was appointed as Consultant in Paediatric Surgery at the Royal Manchester Children’s Hospital in May 2020. She completed her specialist Paediatric surgery training in the London and South-East Consortium.

Miss Basson has special interests in Lower GI Surgery, Global Health and Surgical Education. During her training, she also took up leadership roles and was the first trainee representative in BAPS International Affairs Committee. She was also awarded the ‘Hugh Greenwood Traveller Award’ and spent one year working in South Africa at The Red Cross War Memorial Children’s Hospital and Chris Hani Baragwanath Academic Hospital.

Sonia is currently co-lead for education in the BAPS UK Paediatric Colorectal Group. ​